A strip club, just west of Interstate 95 in Hallandale, is just one of three locations that settled a class action suit with its exotic dancers for $6 million Tuesday.

The agreement received preliminary approval from a federal judge on Tuesday.

A former dancer sued the company over labor violations last summer. During her time at the club she was classified as an independent contractor rather than an employee, resulting in her wages coming solely from tips. But unlike waitresses, the woman never received any hourly pay.

The woman said she raised her concerns over pay with a manager, and that he told her if she didn’t like their system she could leave.

This case brings attention to the practices of an industry that has become notorious for labor violations. In addition to not receiving hourly pay, this woman, along with other dancers, was made to pay a range of fees as part of working as an independent contractor. The costs ranged from $55 for leasing the club’s space to $20 for the D.J. as well as between $3 to $5 for each security guard, all depending on the shift worked. These types of performance fees are a common practice across the industry. 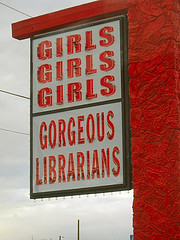 This $6 million payout could benefit more than 4,700 women who worked at three club locations over the last five years. In addition to the one in Hallandale, there are clubs in Tampa and Toledo, Ohio.

This suit is not the first of its kind. In April, another strip club settled a class action suit in New York for $15 million because of similar labor violations. And last December, a club in Texas settled a dispute with its dancers for $2.3 million.

While this settlement does not require the club to change its labor practices, other recent cases have resulted in a change. Last October, the Nevada Supreme Court unanimously ruled that dancers at a Nevada club must be classified as employees rather than independent contractors. And earlier in 2014, courts in Georgia and Arkansas also ruled in favor of classifying dancers as employees.

Some clubs offer performers a choice of whether they wish to be classified as an employee or independent contractor.

According to the Department of Labor, offering this choice may not be sufficient to meet the requirements of the Fair Labor Standards Act, which guarantees certain employment protections including minimum wage and overtime.

This lawsuit is based on the Fair Labor and Standards Act, which states that whether a worker is an employee or an independent contractor revolves around multiple factors, including the following:

The question of whether a worker is an employee or independent contractor is increasingly important because we are seeing an increase in lawsuits like these. Many laws and regulations create vast distinctions between independent contractors and employees, which makes it crucial for business owners to carefully consider the question of classification. The penalties for misclassifying employees can be extreme.

If you have questions about a wage and hour dispute, or discrimination in the workplace, a Florida Employment Lawyer at Whittel & Melton can help. For a free consultation regarding your rights, please call us today at 866-608-5529 or contact us online.